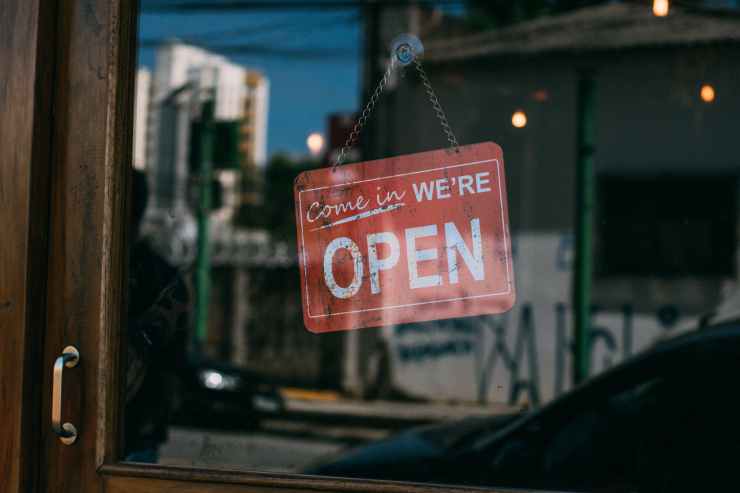 Hey folks, I’m back with a little article about my board game library. I often get asked where I get all my games. So I thought I’d write about where I get my games and a future series of articles I’m working on.

First, where do I get all my games? Everywhere. I’ve gotten games from thrift stores, garage sales, flea markets, local gaming stores, major retail stores, and online shopping. I’m going to break down each one and what I like and dislike about it.

First, I’m going to group together thrift stores, garage sales, and flea markets. What do I like about this way to find games? The feeling like I’m on an episode of American Pickers. Well, that and price of the games. I really like the thrill of finding something good at a really cheap price. I like exploring new games. So far, every game I’ve found this way has been a blind buy. This means I haven’t looked at how it’s played, read a review, or even read if it’s considered a good game. I have found some gems. Some of my finds were Dixit, Rocketville, Wits and Wagers, and High Noon Saloon. Each one was only $3. Not a bad haul at all.

So what’s the bad thing about buying games like this? Well, I can’t buy games that are on my to buy list when I go into a thrift store or garage sale. What do I mean? It’s about luck when looking at thrift store finds. More than half the time, they don’t have anything besides a dozen copies of Scene It. What’s another down side to thrift store purchases? Missing components and damaged boxes. Now, I’ve been luck and all the games I’ve bought have all been there. High Noon Saloon even came un-punched and cards still sealed. The box however, was warped and edges were worn.

Onto the next venue of board game purchases. Retail stores. We’ll start with the big dogs. Here’s the list of Major Retail stores I enjoy browsing. Target, Meijers, Barns and Nobles, and 2nd and Charles. These are stores that carry a variety of games. My top two are Target and Barns and Nobles. These two have a great selection of games and is where I started my collection. Target is where it’s at. Visit the Party Games and Strategy games, and you’ll see a lot the games I own are from there. Major retail stores also have great sales every once in a while. Buy two games, get one free or buy one get, get one half off. Great sales that these stores us to push products.

I’d also like to note 2nd and Charles. I feel like they’re a bit of an under dog hanging with the big dogs. If you don’t have one of these stores near you, it’s a resale bookstore. They carry new games here, but they also buy your old games and resell them. Each store has a different selection of games due to what has been turned in by local people. I’ve bought Guillotine from this store before. While not a rare buy, it was decently priced. Now, they don’t give top money for used games, and some of their new games are priced a bit high. I feel like that store combines the thrill of thrift store finds with a little predictability and dependability.

What don’t I like about major retail stores? Prices can be a little high if sales are not going on. The other thing is customer service. Some stores have great employees, but not all of them know board games. You can’t go into a store, ask the clerk what a good worker placement game is, and expect to get a suggestion. The major downside to these retailers for me is how often they rotate products. Now, when I first started the hobby, I was good with my options while shopping at these stores. However, as time went on, I got bored browsing the selections. The games weren’t rotating enough to keep my interest. I frequent Target a lot, and I can name one new game I’ve seen there in the past 6 months.

Next on the retail list is your favorite/friendly local game store. Or as the internet calls it, FLGS. These stores are great to support in the community. It’s a dying breed. I’m lucky enough to have four stores in my area. For me, my area is up to 30 miles away. Know what’s great about these stores? They often know board games and can help you with making selections. You can go into one, ask what they suggest for a worker placement game, and expect to get an answer. I also love the selections. These stores often get the new releases in the board game world. Stock is ever changing, so you’re not looking at the same stuff visit after visit. Typically, prices are also lower than the major retail stores too.

What don’t I like about FLGS? Well, availability. Some areas just don’t have this option. You’re either forced to drive a long distance to get to one, or buy online which defeats supporting the local community. Another downside are prices. I know they are generally cheaper than the major retail stores, but not when sales are going on. The FLGS around me don’t typically have sales unless it’s clearance sales. The buy one get one half off at retail stores are great for expanding your library. I just don’t think the independent stores can make anything on their stock with that type of sale.

What’s left? The internet. The endless space that is the internet. Seriously, I’m not sure where to start here because there are so many different places that sell games. Game Nerdz, Card Haus, and Miniature Market are just a couple of dedicated game sites. Each one has daily sales that can be anything from game expansions to whole games at a heavily discounted price. When you’re looking at the games online, these sites often let you know how many players, how long of play time, but more importantly what game mechanics are in the game. They also have a great clearance selection. Some big box board games are sold for as little as $7. There’s Amazon, this has great prices and free shipping if you’re a Prime member. Then there’s also Kickstarter, which offers unique games and additional game content if backed on this site. The game selections are endless. 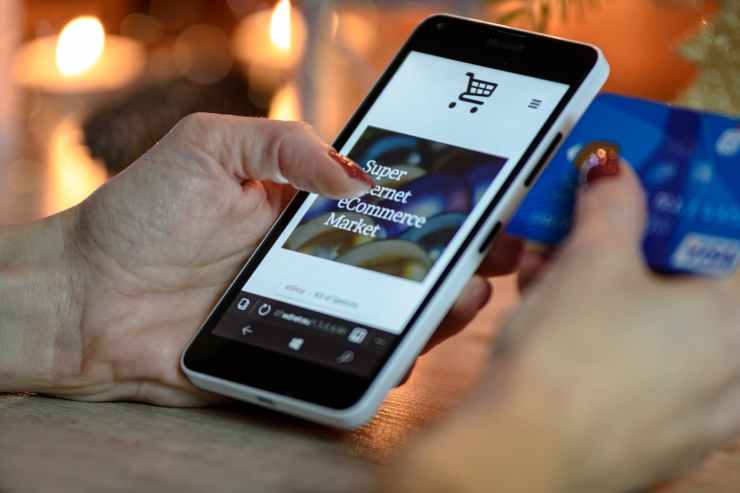 What don’t I like about buying online? Lack of human interaction. There’s no conversations about suggestions, game mechanics, or even is this a good game. It’s also easy to look online and think, I need that, and that, and that. Well, since I’m here anyway, that game is on clearance too. It adds up fast. You can view the shopping cart, but it doesn’t have the same weight as physically holding the games. If you can’t hold the games you picked out in store, you probably should slow down on your purchases. Then there’s the added shipping. Where some of these sites offer great prices, when you go the checkout shipping adds to the total and brings down your savings. While on the topic of shipping, one thing I dislike about online shopping is the wait period. When I buy a game, I want to open it immediately. I want to sort the components, read the rules, and play the game. I don’t want to wait up to a week to do all of this, and I don’t want to pay an increased price for shipping to get it in two days.

How do I rank these options to buy games? I love going into the local independent stores, or FLGS. Each store has their own character, and characters running them. You can tell there’s a passion for the hobby in each of the stores I visit. So FLGS are at the top of my list. Then, it’s the thrift stores and garage sales, just because I like to find those gems every once in a while. Then I’ll go to retail stores, and lastly online shopping. It also depends on what I’m looking for as well. If I know it’s something I can’t find at a local store or major retail store, then I’ll start online. If you haven’t checked out a local game store before, do yourself a favor and drop into one. Look around, and strike up a conversation with the person behind the counter. These stores are game changers. See what I did there? 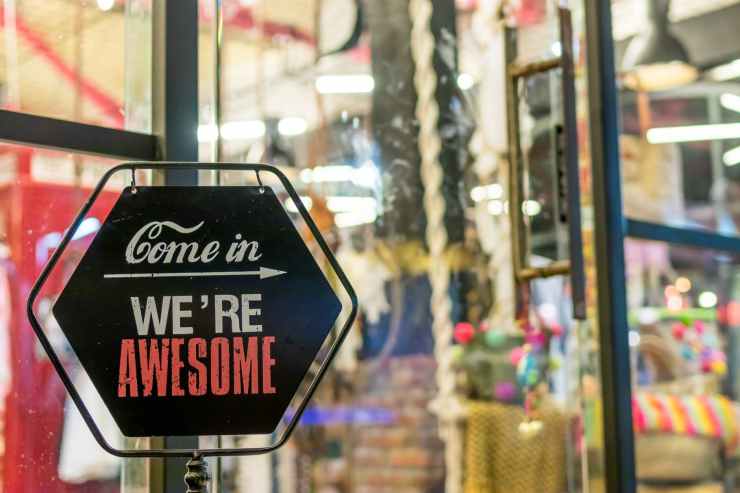 That brings me to the series of articles I’m working on. I want to highlight these hard to find, word of mouth, dying breed stores. I’m working on a list of interview questions and plan on writing about these stores. Promote the “local” stores. Why did I put that in quotes? Because I want this to be an ongoing series. I don’t want to just promote the four shops around me and stop. I plan on expanding this to America first. Then we’ll see about expanding this to over seas. I’m in Michigan, but I don’t have a problem reaching out to a store in other states or countries to try and highlight the store. I might not have a personal experience with that store, but I want to encourage people to shop local when possible. Now, I’ll also highlight some of the internet sites that sell, but only if they have a home based store. No reason not to give a shout out to someone expanding their business to the world wide web.