Hey folks, I’m here today with a bit of board gaming news. Disney Villainous, a mass market board game, is coming out with a new expansion/stand alone game.

To start, Villainous by Prespero Hall was one of the first Target Exclusive games to come out geared towards a gamer wanting more than Monopoly or Risk. It came out in 2018 In addition to that, it was also a Disney themed game. The game is a take that, variable player power, hand management game. It’s one where each Disney villain has their own way to win the game, their own player board, player pawn, and decks of cards with artwork from their film. Each turn, you move your player pawn to a new space on your player board, complete the actions on that spot, and then turn goes to the next player. In the spaces, players can play their cards in their hands, force other players to draw from a “Fate” deck which hinders that player, gain power tokens, or fight heroes. The art is great, and each pawn is a stylized figure of the villain they represent. Villains in the core game include Ursula, Jafar, Prince John, Maleficent, Queen of Hearts, and Captain Hook. The game plays 2-6 players and takes about 60 minutes. Each villain played differently and had a different win condition. 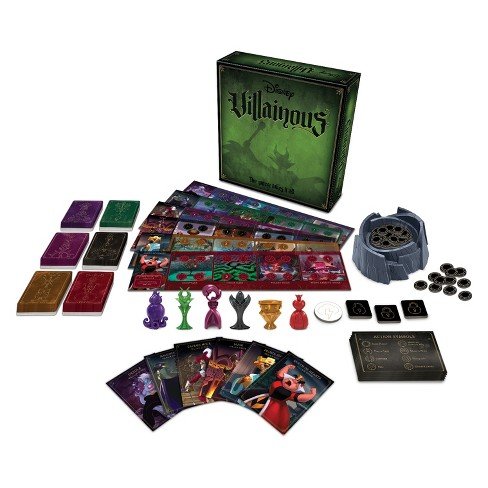 Well, fast forward a year, and it got it’s first expansion/ stand alone game. The game is called Disney Villainous: Wicked to the Core. This adds 3 more Disney Villains to the mix. It added Hades, Evil Queen, and Dr. Facillier. It’s an expansion and a stand alone game. You can buy just these three characters and are able to play 2-3 players with just this. Or, you can buy it along with the base game, and have 9 villains to choose from. 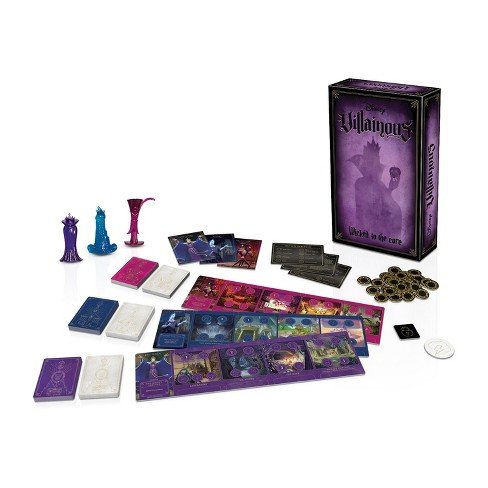 That brings us to now. Disney Villains facebook page has released some hints and spoilers about their next expansion/stand alone game.

First, they released a picture of the silhouettes of the pawns. One clue in this first release is what the characters are standing on. Notice the similarity to Pride Rock? That should solidify Scar from Lion King as one of the villains about to be released. 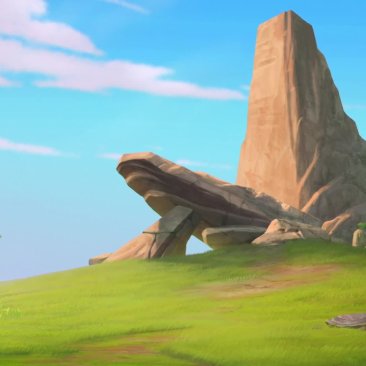 The next set of pictures were of people playing with the new villains. The pawns were still not visible, but the card backs were. And each picture had the hand of the villain in the picture as if they were playing the game themselves. First, the purple deck had a female hand and purple finger nails. The other was a gloved hand and brownish colored deck.

Once zoomed in, you can see the pin stripping detail that goes into each deck. The purple deck has llamas and a temple hinting to Yzma as a villain included.

The other deck has a top hat, bells, and what looks like a bat with a peg leg. This matched Ratigan from The Great Mouse Detective.

There hasn’t been a release date listed, but there you go. Scar, Ratigan, and Yzma are coming to the Disney Villainous game. 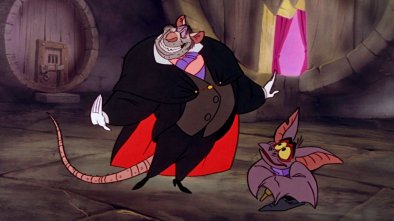