Day 11 of social isolation. I played Creatures and Cupcakes. This is a press your luck game where players are taming creatures with cupcakes.

Each player is trying to tame and move 2 of the four creatures up the track to the castle. The first player to get two creatures to the castle wins the game.

You move creatures up the tracks by feeding them cupcakes.  On your turn, you draw cupcakes from the bag one at a time. You decided to stop whenever you want. If you draw a purple cupcake, you draw a power card.  If you ever draw a cupcake that matches the previous color, you bust. Or in this case, you get a tummy ache. Take an elixir of the color you busted on, and don’t move any creatures. If you decide to stop and don’t bust, you move creatures.  For each cupcake your have drawn and kept, you move a creature on that track up one space. So if you have a pink, blue, pink, yellow, and blue you would move the creature on the pink track twice, the creature on the blue track twice, and the creature on the yellow track once. 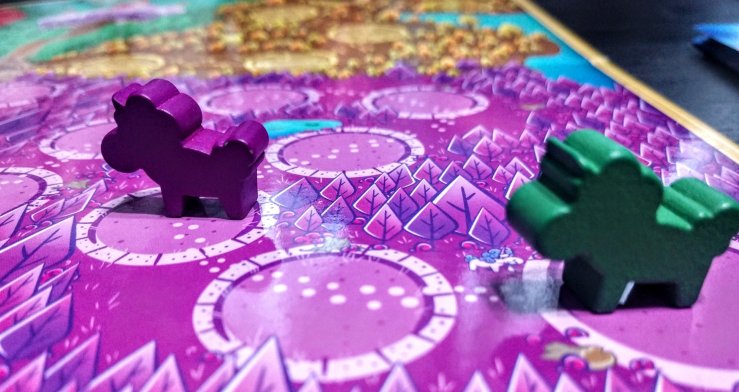 If you bust when drawing cupcakes and have a matching elixir to the color, you can discard that elixir to fix your tummy ache and continue play. 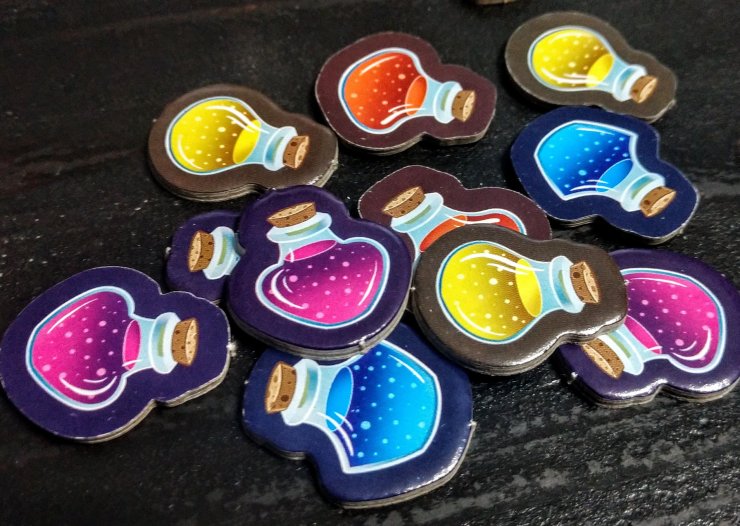 Power cards add things like extra movement to your creatures when played. They can also make other players creatures move back.  It adds a little it of take that to the game. 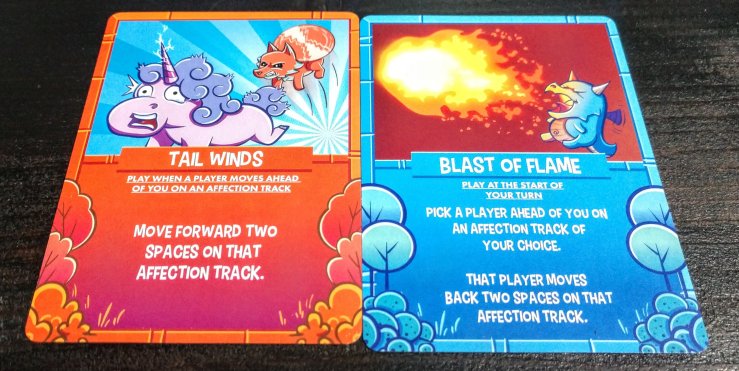 This is a fast game and teaches press your luck really easy.  It was great to see my kids process the different choices of either stopping now or pressing on. Then of course, there’s the occasional chant to draw another, only to bust and not move any creature. My kids were excited about the different creatures in the game. The art was cute and inviting for the kids.  The tokens were a nice thickness, and the cards were good quality. The creatures are wooden meeples.  I like wooden bits when playing games. Something about the chunkiness of them just makes you want to play with them. I guess that’s where my kids get it from. At the end, we celebrated with a cupcake party in the castle.