Hey folks, I’m back again with another Dungeon and Dragons article. This time, I want to talk about characters. Characters are what the players control in the game. Using the game mechanics, a player will describe what they want to do, roll the appropriate skill checks, and then the DM will determine if they nailed it or failed it.

There are two types of characters when starting D&D. Pre-generated characters and ones the players actually get to build themselves.

Pre-generated characters are nice for one-shot adventures and teaching the game to new players. Character creation can be daunting, so if you give a already fleshed out character to a newbie, you can focus on the mechanics of the game. Once they get an understanding, then I’d work with them on building characters.

When players build characters, some DMs might limit what races, classes, or backgrounds are usable in their campaigns. In my campaigns, I like a Mos Eisley Cantina feel. I’ll allow any race, class, or background. My current campaign has a goblin, Aarakocra, Human, Half Elf, Aasimar, Dwarf, Halfling, and Gnome all in the party. Character creation has a lot to it from race, class, starting equipment and spells, and background. In this article, I’m just going to highlight things I like to add to characters before starting a campaign. I like to add quirks and flaws and I like to craft a starting item for each player to make them feel more like Frodo at the start of his epic quest.

We’ll start with background. In 5th Edition, there are a lot of backgrounds you can pick and it will add skill proficiency and sometimes tools to your character. This didn’t matter too much to me as the DM. I wanted to dive a little deeper. I tasked each player to come up with a drive, enemy, or reason why they might become a hero. With that, I got so much to work with in the campaign. Some range from vowing revenge on the Black Dragon that destroyed their village to escaping from a Mind Flayer and being on the run. These little tidbits add so much when I’m coming up with the story and what might drive my players to go certain directions.

Now, that’s not all. I also challenged the players to add quirks and flaws to their characters. Now, I’m all about the risk reward when creating characters. I used to play HackMaster and their character creation was a novel. Now, that’s an exaggeration, but it was an intensive character creation. My favorite part of it was the quirks and flaws. You could roll on these charts and get more points to allocate during the character creation. I challenged my players to roll on the quirk or flaw chart to either get bonus points in attributes or gain a feat. Naturally, everyone decided to roll on it. We’ve got some great quirks and flaws that the players get to role play. Now, as the DM, I have times to give inspiration to the players when they nail their quirk or flaw. It also adds a bit of role playing to the characters. How would you character act if they were on a rope bridge and afraid of heights? How does your character act while not having depth perception?

Those two little bits add so much to the game play I’ve found in my experience. Speaking as a player and a DM. Now, if you’re more serious in your game play, I can see these two not being to your liking. However, if you like moments that are similar to Monty Python and the Holy Grail or Erik the Viking, then these can become comic gold. I had a character, human druid named Olaf.  I rolled on a quirks table, and got hard of hearing.  Guess who shouted to the party to be quiet because of the sleeping kobolds.  That’s right, it was Olaf the Loud.

Going from what the characters have created for backstories, I like giving a home brewed magic item to each character. It adds a little something special to the characters, and make the players really invested in their characters. Who else has a pendant that vibrates when a demon is in proximity? Or a ring that adds to your stealth check. A arrow quiver with a poison compartment. Each one adds to the character, but it is something unique and plays into the character’s backstory. Now, as the DM, I can relate those items to the story line. Maybe the ring that was left from your mother you haven’t met, actually has a symbol of a secret society. That shield made from Black Dragon scales, can help you identify the one that destroyed your village.

So, with all that, let me introduce you to the characters in my current campaign. With character sketches that was gifted to my by my players. Honestly, this has been the best D&D experience I’ve had.

Background – Exploring the world, trying to learn about new inventions and recruit more people into the Tinker’s Guild.

Item – Haver HoverBot – A autonomous device that acts as a bag of holding. It flies to Gearford’s location or back to the Tinker’s Guild Hall to fulfill trinket orders.

Background – Family was killed when he was younger, spent his days traveling and trying to survive.

Item – Helm of Swiftness – Family helm that adds to initiative.

Background – Village was destroyed by a Black Dragon. She’s hunting for the dragon to exact revenge. 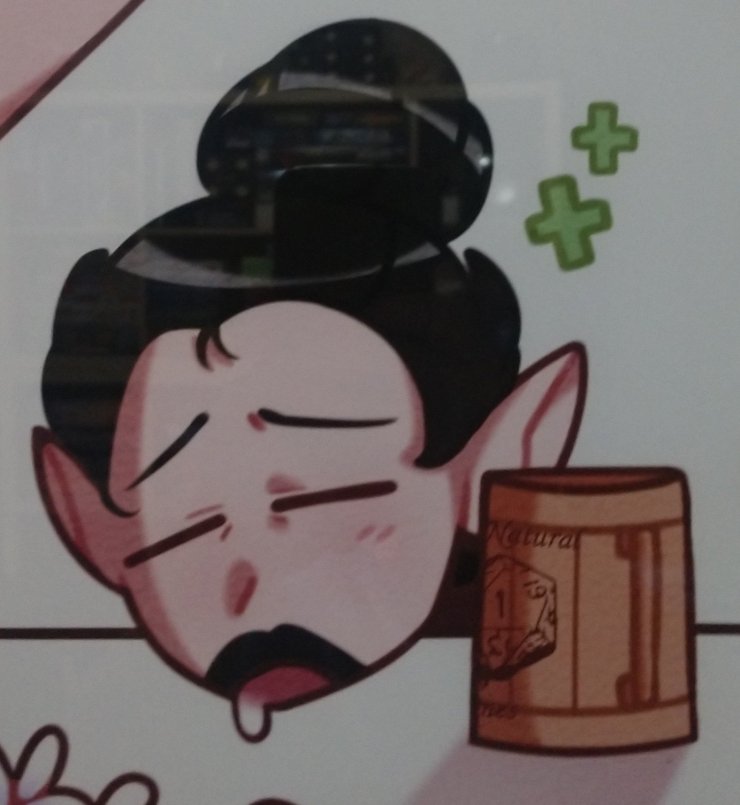 Background – From a distant island that was overrun with demons. The demons infected and possessed all the villagers. Takeshi was the sole survivor, losing his family in the process.

Item – Pendant that vibrates when any demons are near.

Background – Key to fulfill a prophecy. People are after her.

Item – Enchanted Fiddle. Can use it up to three times a day to cast divine favor. 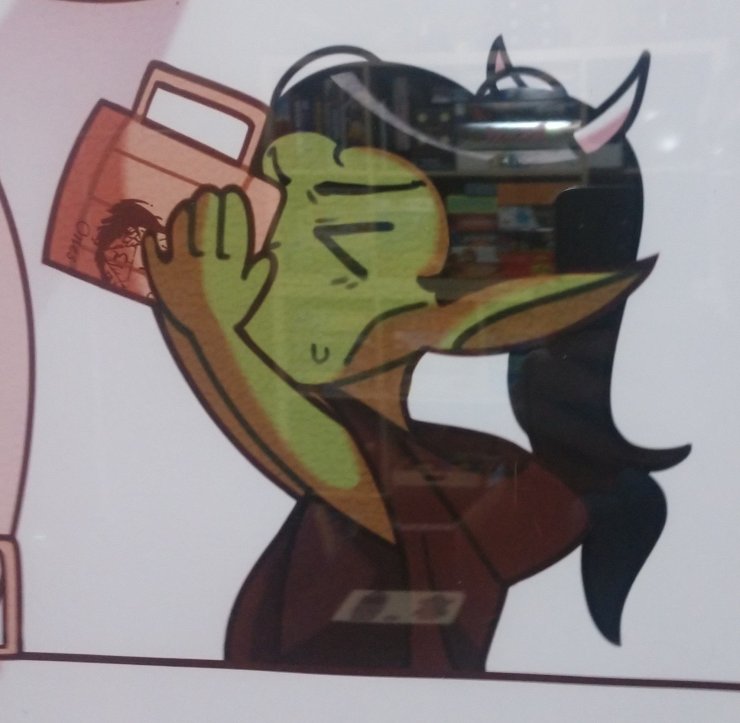 Background – Was part of a Mind Flayers experiments, escaped and fled the Underdark to stay alive.

Item – Poison Quiver. Can apply a poison that deals extra damage to an arrow. It has limited use, but can be replenished if he harvests poison glands from a creature.

Background – Trying to prove self while not relying on parents. Still takes monetary gifts from parents.

So, I have a group of very different characters. Each has their own goals, each has their own quirks and flaws. During the game, about a quarter of the time spent in character development between the players. Which, I fully support as the DM. I’ll step in if it gets out of hand, and I’ll keep tab of events and think of consequences as we go. What is most important to me, the players enjoy playing an enjoy their characters. When they get invested in their characters, you get a stronger role playing experience. This is just some stuff that I’ve noticed along my way. I’ll bring more stories and tips from my campaign as we go.