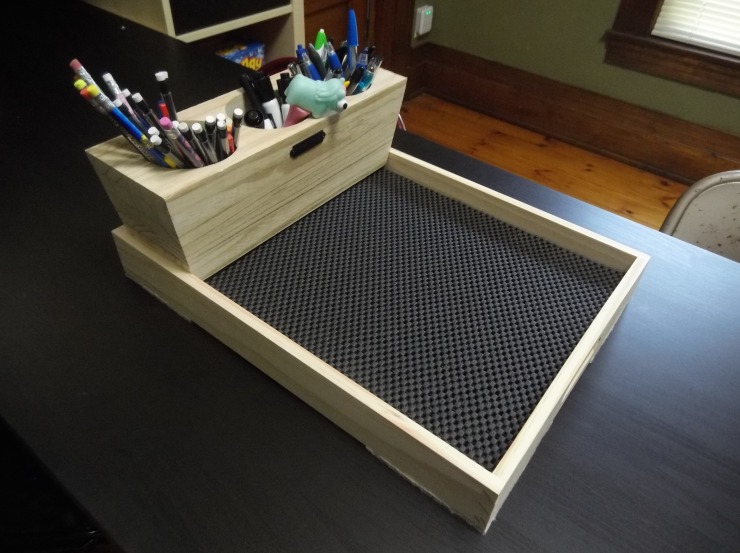 Hey folks, I’m here today to talk about a gaming accessory. There are a couple of essentials gaming accessories that I think everyone should have. The one I’m talking about today is the dice tray. How many times have you played a game that involved dice. It’s your turn, and you roll the dice the best you can. Instead of hitting what you need, the dice plummet off the edge of the table like a scene from Thelma and Louise. Now you have to find the dice, re-roll and see if you can replicate your dropped result. Then I have a solution for you! A dice tray!

Now, I’ve made two dice trays, and it was really easy. I use them when playing dice games or any time I use dice around my children. It has helped a ton to keep the dice on the table and off the floor. The two I made are identical, and sit at the end of my game room table under my shelf. I’ll usually pull both out and set one at each table for game night. 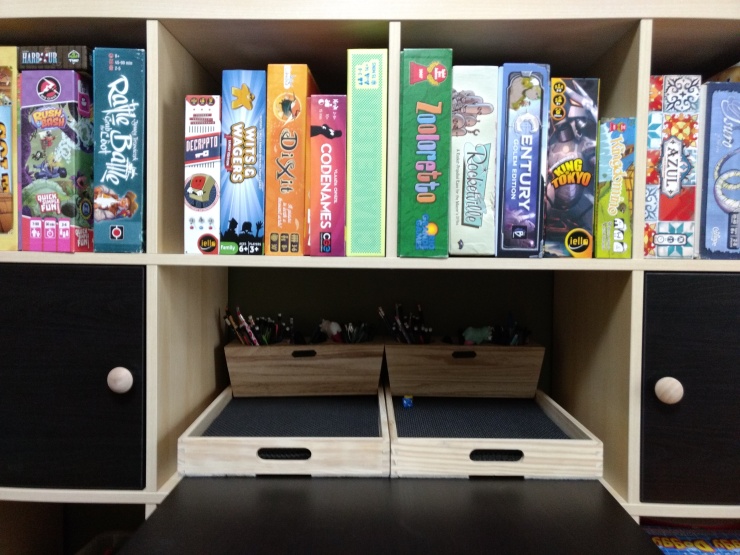 It dices, it slices, it can even chop, split, sever, cleave, separate, and mince! It has it all. Well, my dice tray can’t chop, but it does serve a multiple purpose. See, I needed a place to store my writing utensils, a dice tray, and I wanted play mats for when playing cards. The dice trays I made do all of these, and it wasn’t too costly. So, I looked online to see what I could find, and decided I could make one myself without being limited to certain styles or prices. 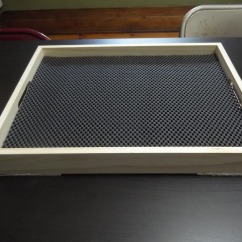 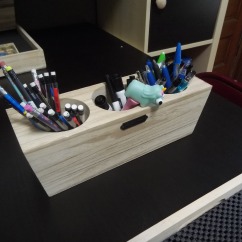 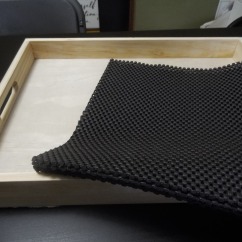 I also needed to fill the spot where my table meets the shelf. So, I measured the space underneath, went to Target and found some materials to make my multiple functions dice tray. I had to start with the actual base of this project. The tray. I searched and browsed around the store until I found one. After looking at the measurements, I realized that I could make two and sit them side by side to fill my space. This also fulfilled my game nights and if I needed two dice trays at separate tables.

Okay, onto the next requirement I had. A place to store writing utensils. Well, Target had recently started carrying Chip and Joanna Gaines brand of Magnolia. A Target exclusive version of this brand is called Hearth and Hand. That’s where I found my pencil organizer. It just sort of fell into place. Literally, I saw it was a similar wood color, and placed it in the tray. It fit nice and snug. So snuggly, that I almost couldn’t get it out of the tray. Sold. What’s next?

Next, I wanted to find a material I could use as a player mat. I went to the home improvement section. I already had an idea, and wanted to see what they have in shelf linings. I remembered seeing a thick lining in someone’s dish cabinet once. I think it was to help not let anything slide. I found what I was looking for, a thick linings that would work perfectly. It also matched my colors for the game shelf.

Once I got those items, I realized I should probably get something to put underneath my trays so it doesn’t scratch the table when I take them out or slide them to another player. I knew exactly what I needed. I was already near this aisle, so it was quick. I got some furniture felt pads. A rectangular set of two. This would be easy to cut into strips and put under the tray.

Here is what I got from Target. You could also try a craft store like Michaels or JoAnn Fabrics to get the trays. 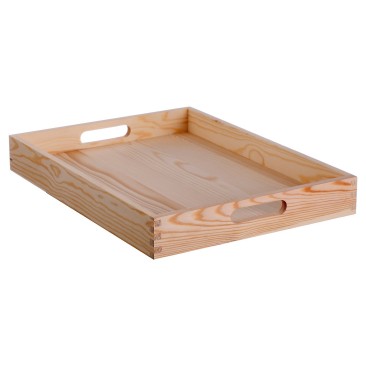 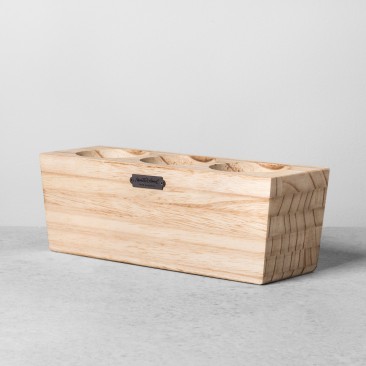 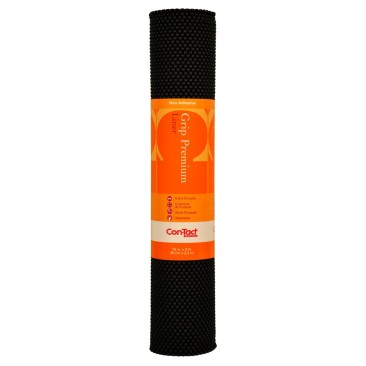 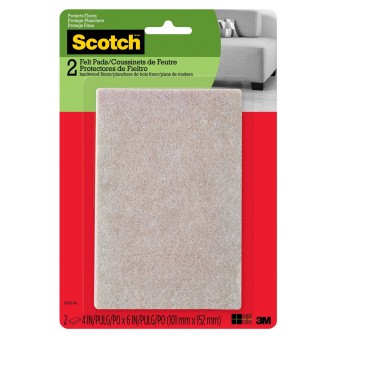 First, I measured out the size of the lining I needed. I cut a small strain of the mat to mark where it fit in. Then I kept going with that row until I cut it out. I repeated this until all the material was cut out. I didn’t glue anything down as I wanted to be able to remove these to use as play mats.

For the bottom of the tray, I cut strips of the furniture felt out. I lined the bottom with this so it could slide easily over the table top. I didn’t want my creation to scratch the table when using it. The felt I used had an adhesive backing to it, so this was an easy task.

After the bottom was felted, I placed the player mats inside the tray and topped it with the organizer. Now, I’ve got multiple functions out of just 4 items. You can buy a lot of dice trays online. I just like doing stuff myself. It’s a nice piece and matches my room nicely. So that’s how I made mine. You can make a dice tray out of about anything. All that it needs is a flat bottom and raised sides to stop the dice from falling out. I’ve seen boxes, old tins, and even game box lids used. 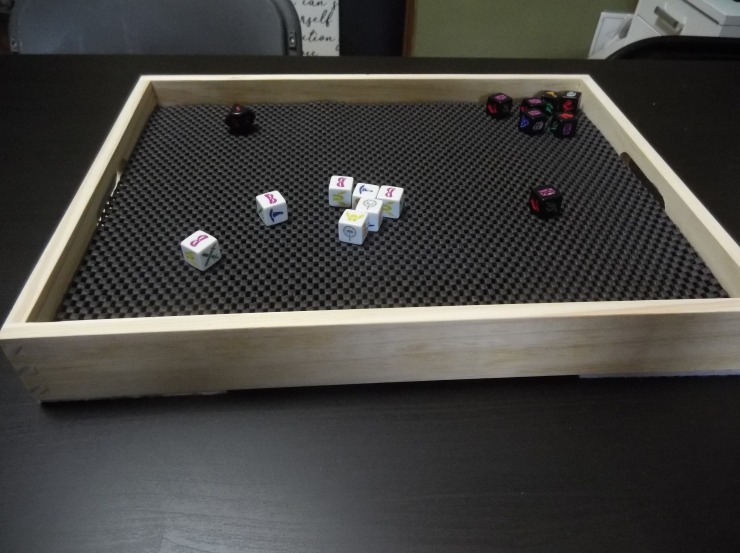 If you’re a gamer, like playing dice games, and have a roll that could knock off the table, I’d suggest trying a dice tray out. It’s helped a ton with my kids, who have a hard time rolling the dice and keeping them on the table. It helps with anything from dice games to D&D or Warhammer.