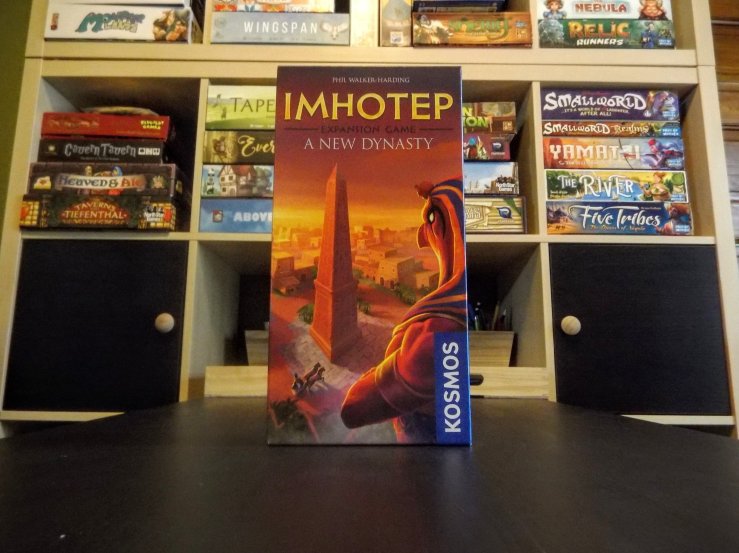 Hey folks! I’m back again with another review. This time, we’re looking again at Imhotep. We’re looking at the expansion. This expansion adds more location tiles and with it a new slew of mini games. 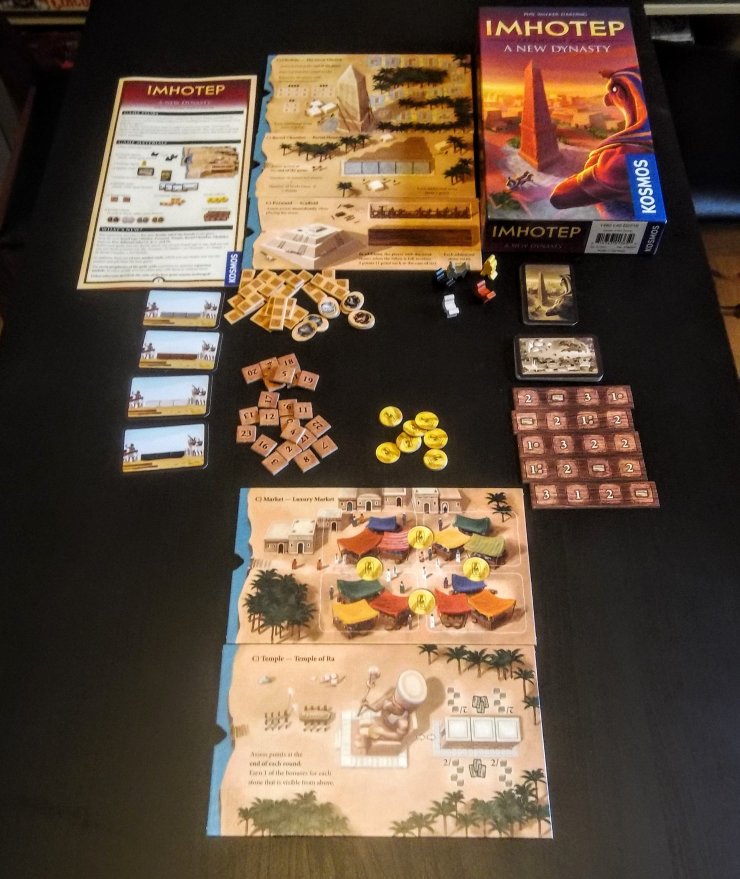 I’ve done a review on Imhotep here. You can check out the initial game play there. In this review I’m just going to go over the new site boards.

Here’s a breakdown of each site board. 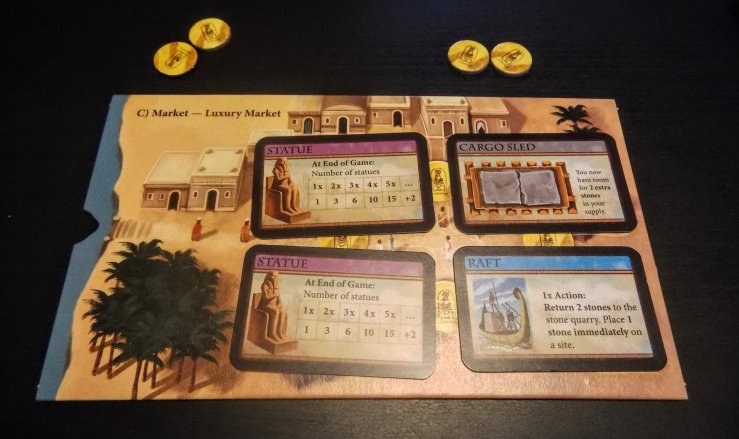 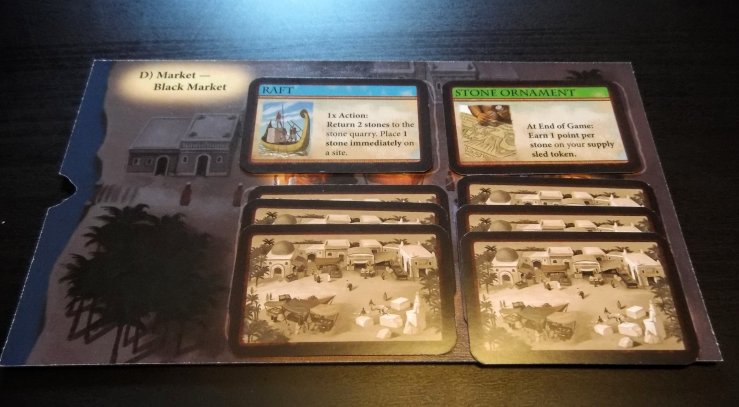 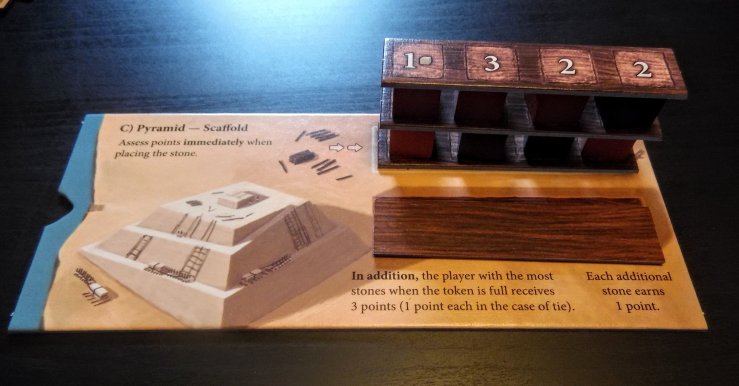 Temple – Place stones on this site from left to right. When you run out of spaces, you move back to the first spot and stack the stone on top. 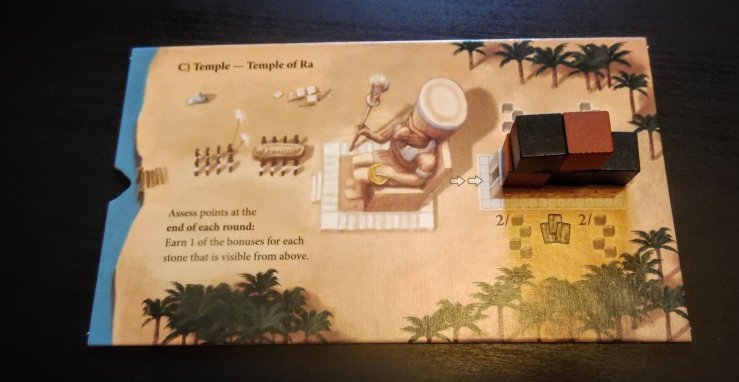 Burial Chamber – This is scored at the end of the game. Stones are placed in columns and the column needs to be filled before moving to the next column. 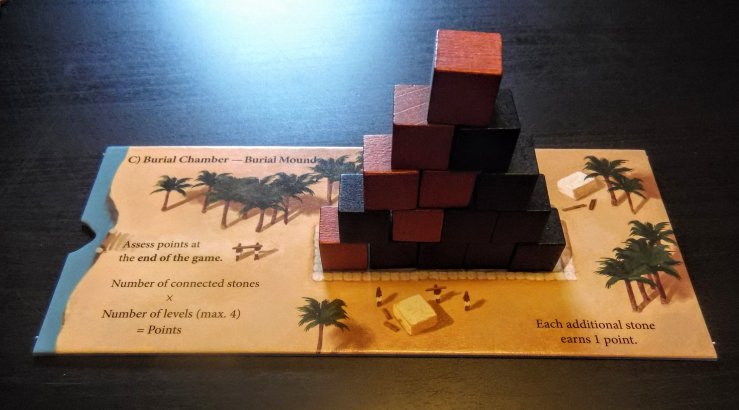 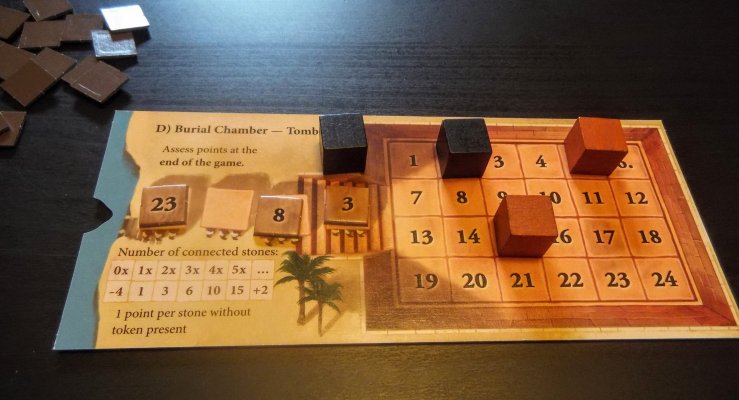 Obelisks – You earn points by stacking your stones to build obelisks. 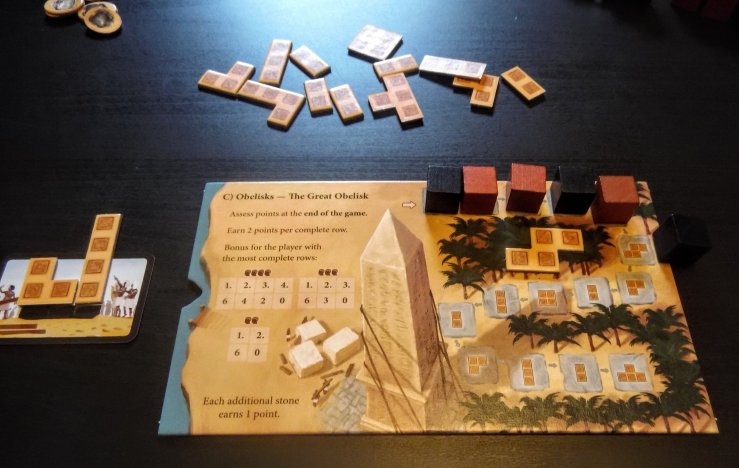 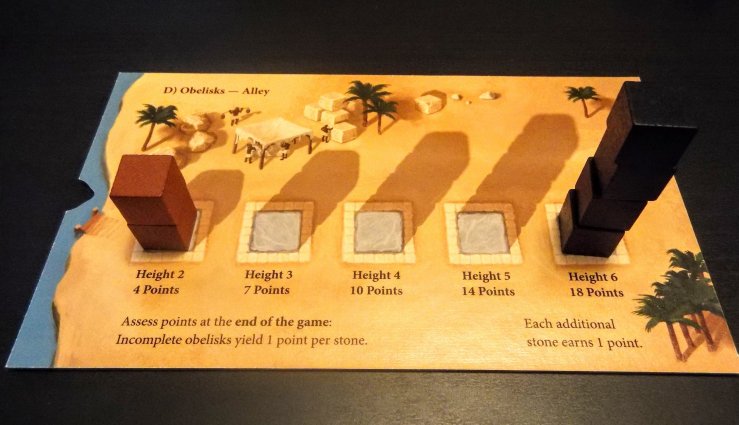 Prophecies of the gods 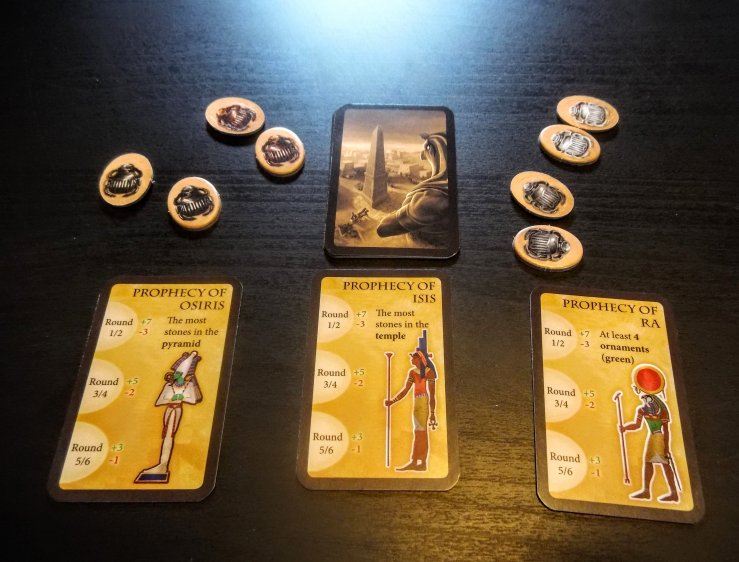 Shuffle the seven prophecy cards and draw three. Give each player their matching scarab token. These cards are you confidently saying “Yeah, I can do that.” and placing a wager on it. You can only place one scarab token a round, and you can only ever have one scarab token on a prophecy. You’ll earn points at the end of the game if you fulfill this prophecy. If you fail the prophecy, you’ll lose points.

This prefect example of how I like expansions. It adds more variety to the game, but without changing the game play. You can easily teach the game using one of these tiles and people will still get the idea of the game.

Components are on the same level as the first game. But, we do get something added. We get chariot meeples! Art is cohesive throughout both the games. The added market cards blend into the old deck with no problem.

Game play wise, I described the first game and it’s different site boards as mini games you’re playing. This expansion shows that even more! You’ve got a tetris styled game, a race game, and even a bingo type game! Base play stays the same. You’re filling ships, setting sail, and then unloading and placing the stone. Then the added prophecy cards add a level of betting to the game. The earlier you place you bet, the better the pay off. However, if you fail to get the task complete, you’ll lose points.

Overall, Imhotep A New Dynasty is a great addition to a great game. If you enjoy the base game, I can see you enjoying this expansion as well.