Hey folks! Back with my first post of 2020. I had all intentions to post this yesterday, but instead the day was spent organizing the kids rooms and taking down Christmas decorations. I wanted to write an article that was looking back at the year and the games I played.

2019 was my second year with this blog. It was also a year that I received my first review copies of games. Shuffle Grandprix and It’s Blunderful. That was exciting and a milestone for my blog. I had over 2,000 views on my blog this year. While that may not seem like much, it’s still an increase from last year. 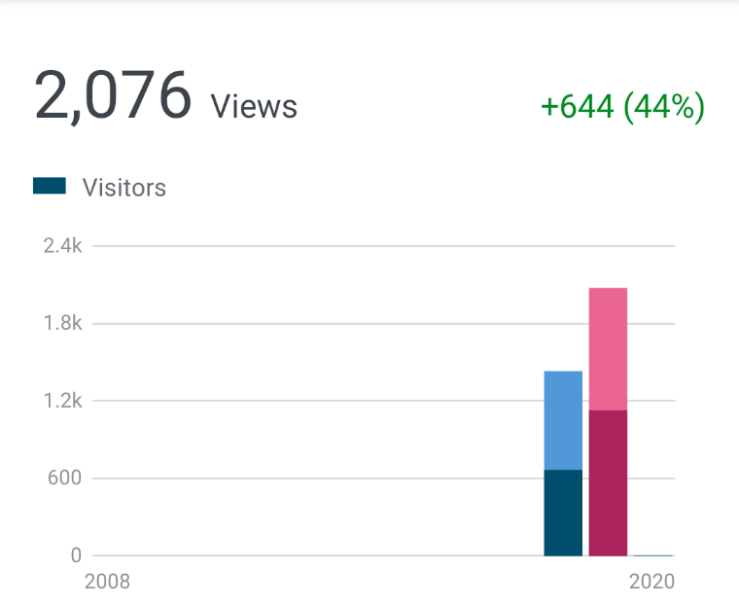 I backed my first Kickstarter games. I can see how people can get in the fear of missing out with Kickstarter games. So many of them have different pledge levels and different Kickstarter Exclusives. This hasn’t gotten me to the point where I’m back every single Kickstarter game to come out. I’m still waiting on Critical Core, and I’m excited to get that still. I understand that Kickstarter games are typically not made yet. There are tweaks, adjustments, and planning that go into getting these games out. I’m a firm believer that I’d rather wait to get a fully flushed out game that doesn’t need any errata than a game that has been rushed to meet the deadline. 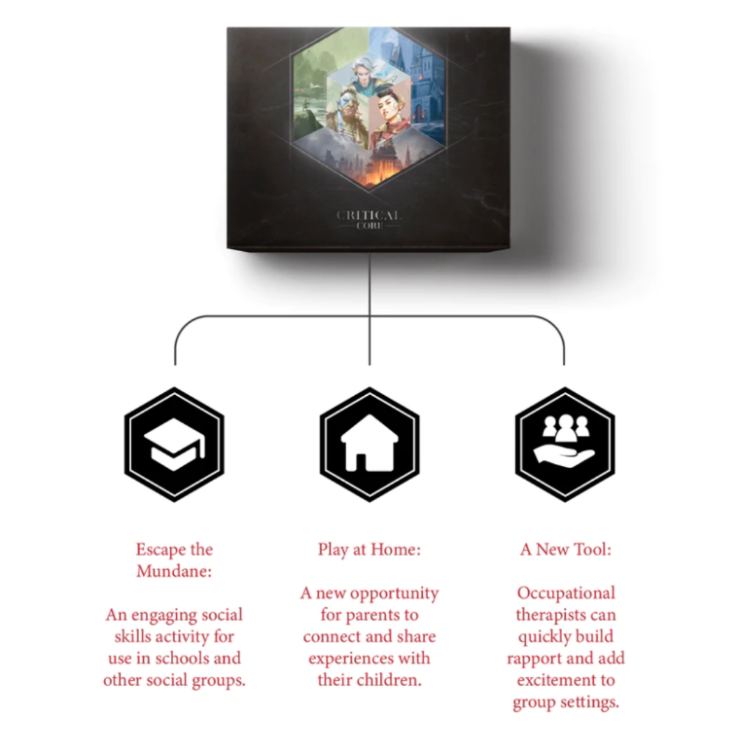 For the second year in a row, my top game review is Super Mario Bros. Power Up Card Game. It’s still a game that I play with friends and family and one that my family requests often. I played it on New Years Eve at a friends party. The cackles their daughter let out when playing power up cards on other people was great. This is still one I highly recommend and glad I’m still getting views for this game.

This year, going by my tracker, I’ve been viewed in 64 countries. I was surprised when I looked at that just now. One of my favorite things about the blog is seeing views from different countries. Most of my viewers are from United States, Canada, United Kingdom, and Australia. So a shout out goes to all my readers from around the world. Sorry I’m not multi-lingual and able to type these reviews up in different languages.

On to the games I’ve played. This year has been a busy year in terms of gaming for me. Not only am I playing as many board games as I can, I’m also running a Dungeon and Dragons campaign with the most dedicated group I’ve ever had.

For Board Games, the tracker I’ve been using has my clocked in at 197 plays for the year. That seems a little low when compared to others, so one of my New Years Resolutions is to get more plays in. Out of those plays, I’ve played 75 unique games. Hopefully this next year, I can get more than 200 plays and hit the 100 mark for unique games. The 5 games I played the most this year are as follows. Roll for It, Escape the Curse of the Temple, Skull, The Mind, Spirits of the Wild. I believe these are at the top because of the game length of each one. It’s easy to get multiple plays in with these games, especially The Mind and Escape the Curse of the Temple.

My gaming highlights this year are two categories. D&D and Board Games.

First, it’s my D&D campaign I’m running. This is the most dedicated group of players I’ve had. Back in the day, my school chums and I wouldn’t make it past three or four sessions. My current group has been meeting for over a year now, been pretty consistent with session schedule, and they keep me on my toes. In a good way. Everyone seems to have fun with this game, and I’ve told them at the beginning that I’m willing to get everyone to level 20 if they want. Currently, they’re level 7. That’s gaming twice a month though, and some months just once.

Secondly, it’s getting more and more friends and family into board games. I’m quickly becoming a person to ask what would be a good game with friends, family, and co-workers. So much so, I’m even helping with Christmas lists and what games to start a collection. One of my favorites was The Mind. I bought two extra copies and ran three groups as a team building exercise at work. Everyone seemed to enjoy it, but I was surprised when I found out that HR went out and bought a copy. Her and her husband have shown it to friends and family and they have a blast with it! That’s what I like to hear. Good games, good times, and spreading the hobby.

This past year I’ve been trying to expand my knowledge of everything board gaming. I’ve been reading more blogs, watching other reviewers, and joining more groups on Facebook. While, I can’t list all the ones I’ve been using, here’s a shout out to some of my regular viewing.

Start Your Meeples – This guy shares a lot of interests and likes in board games that I do. He reviews games that vary in difficulty, writes strategies for games he loves, and articles about D&D. I really enjoy his strategy and breakdown of games I play. After reading his articles on that, I find myself looking at those strategies or even taking a closer look at the games I play.  If you’re a fan of graphs and charts, he’s got you covered! If you haven’t read any of Luke’s articles, head on over and take a look!

Dude! Take Your Turn! – This guy has a lot of reviews on games, news on upcoming games, upcoming apps, and has a New to Me article he does every month. I always enjoy his style of writing, and look forward to what he has to say about games I’ve been eyeing. His articles on Smash Up have helped me decide what expansions to get next.  Keep up the great work!

No Rerolls – This is a blog I always enjoy reading through. My favorite part of this blog is a 5 on Fridays. This is where the author talks about 5 new releases or previews and then shares 5 articles they found informative and interesting. Great reads to get information and even learn about the different writers out there. They also have a main focus on RPG games, and that’s something I’ve always look forward to reading about. Even though my main RPG is D&D, this blog has given me insight to some other systems I can see working well with my group.

Hungry Gamer – I first found this reviewer when I was searching for more information on Merchant’s Cove. Since then, he has quickly grown to be one of my most watched reviewers. While the other YouTube reviewers I watch focus a lot on the big name games coming out, and what’s the hype right now, Hungry Gamer seems to not let that get to him. This is in no way meant to sound bad. He’s reviewing games that I haven’t heard a lot about largely due to them being previews. He does reviews and posts about some bigger games too, but I always enjoy seeing the smaller games that are lesser known. You can tell he’s got a passion for board games. Since watching his reviews, reading the ones I could find on Board Game Geek, I have pulled the trigger on a couple of games he’s recommended. The first being Red Dragon Inn. I’ve been on the fence about this game for a while. I got it after watching his review and stating it’s his favorite game. It was a hit at the last game night, and I can see more versions coming my way soon. The other game recommended, which is coming today, is Trophies. I can’t wait to get that game to the room and I can’t wait to see what else Hungry Gamer comes out with this year. If you haven’t yet, go and check him out, click subscribe as I don’t think you’ll be disappointed.

The Brothers Murph – I love the comedy in these videos. I like the honest reviews, and you can tell just from watching them that these brothers love board games. I first started watching them when they were reviewing Thrift Store finds. I was hooked. Now I look forward to anything the put out and value their reviews as I find my tastes are similar. Their series on soloing board games has gotten me more into that aspect of board games. The Brothers Murph are some of the best board game entertainers I’ve seen. Check them out.

What’s in the future? Well, more board game reviews. More articles about D&D. More gaming accessories. More Games. This year, I want to get back in the habit of writing these more consistently. I want to get more review copies of games. I want to go to a board game convention. Living in Michigan, I’ve got several options when summer and fall come up. Most of all, I want to play board games more often with my wife and kids. My kids are just getting to the age where they like playing games. My son loves King of Tokyo, and one of his Christmas gifts was the Power Up expansion and Cybertooth. He has claimed Cybertooth to only be playable by himself. We’ve played several times already.  He’s pretty ruthless when it comes to playing, and while Cybertooth was berserk I received 6 “smacks” in one turn.  Needless to say, I lost that game. Here’s to 2019 a great year and to 2020 a year that has many opportunities, a year for growth, and a year for spending time with friends and family.